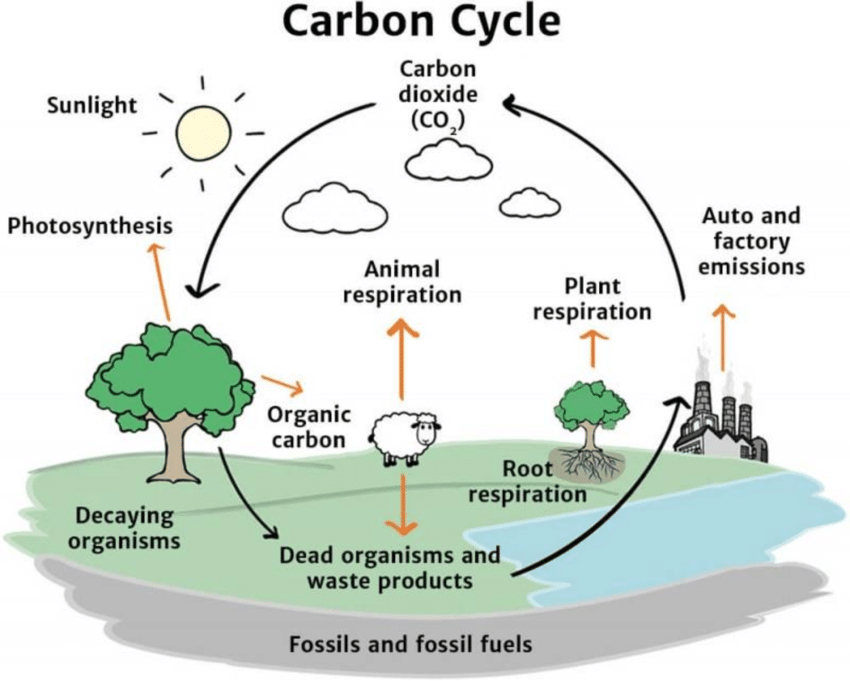 And the next largest carbon store is in the soil at 1,500 – 1,800 Gt stored as soil carbon. This soil carbon could have been added as a result of this year’s cropping or could be a lignified residue from plant growth thousands of years ago that is resistant to microbial decomposition. The soil carbon is stored as organic compounds in the soil organic matter which is divided into three ‘pools’.

Approximately two thirds of all soil organic matter (SOM) is ‘stable’ and extremely resistant to decomposition and can remain unchanged for hundreds or even thousands of years; it is sometimes referred to as ‘humus’. This stable pool is important for soil physical processes, particularly aggregate formation and it also influences the soil cation exchange capacities (the ability of soils to hold onto positively charged plant nutrients).

The remaining third is divided into the ‘slow cycling’ and ‘active’ soil pools, with a constant flux from one pool to the other. The ‘slow cycling’ portion of SOM makes up just over half and is important for the release of nitrogen and phosphorus from the soil for crop growth. It is slowly broken down by biological and mechanical activity and has a turnover time of years to decades. The rest of the SOM is ‘active’, and primarily made up of recently added plant residues in the early stages of decomposition and soil microorganisms. This active pool of soil carbon is important for nutrient release and GHG emissions, and it will have a turnover time of months to years. 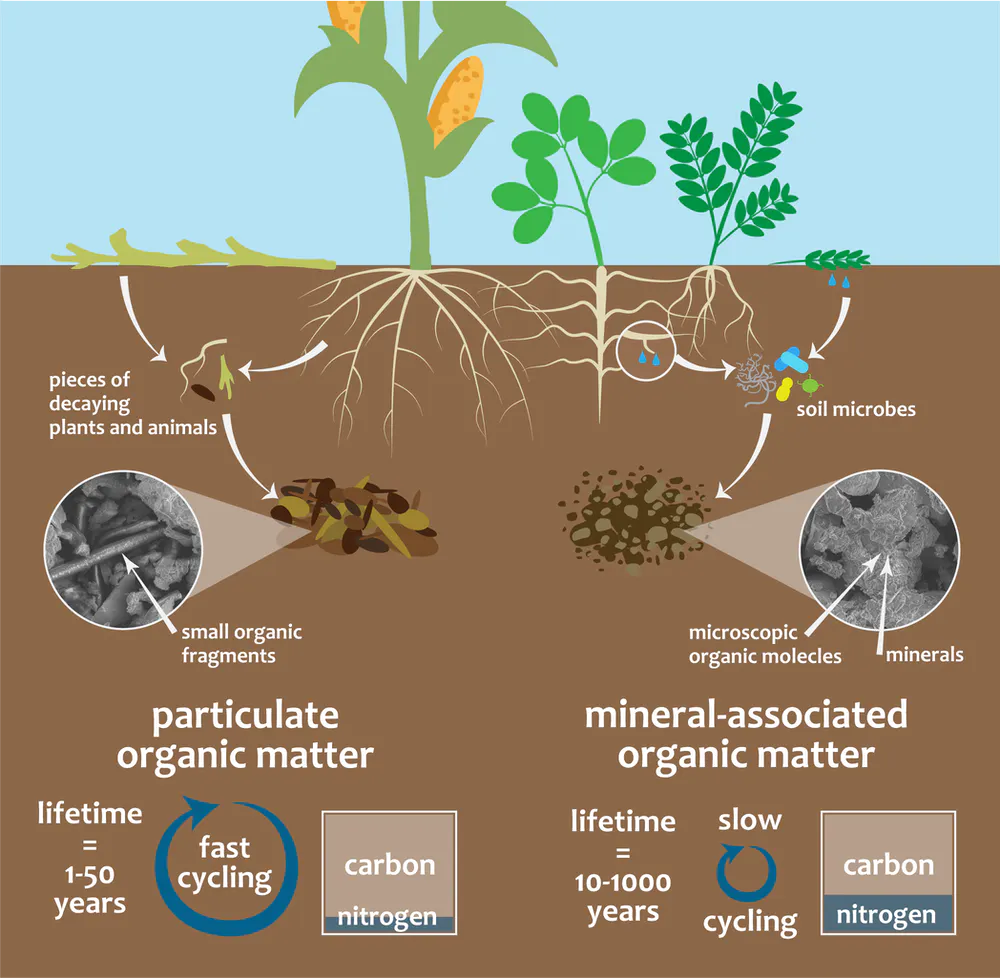 The remaining carbon store is in the atmosphere, 800 – 1,000 Gt, and increasing by 6Gt a year as a result of burning fossil fuels, and also in the biosphere which includes all living organisms on the earth (around 540 – 610 Gt).