Dairy farming is responsible for a significant release of GHGs from various aspects throughout the production process. Most of these emissions are from the biological processes that underpin the daily rhythms of the cow, such as feeding and dunging and are inherent in the production of milk. However, as with most complex biological processes, there are a range of factors that influence the scale of these emissions and many of them are open to management changes and improvements.

The most significant emission is from ‘enteric fermentation’ from the cows themselves as the microflora in their rumens breakdown the forage, with the subsequent release of methane (CH4) which is then emitted out by the cow.

According to DairyCo a cow can produce up to 650 litres of methane a day. Researchers at Scottish Agricultural Colleges carried out an assessment from their own farms over 7 years to ascertain levels of methane emissions and found that that almost emissions associated with dairying were due to the release of methane from enteric fermentation with only minor differences between higher and lower forage based systems.

The other major source of GHG emissions is from animal manures and how they are managed prior to eventual incorporation into the soil organic matter. These losses occur as nitrous oxide (N20), methane and ammonia (NH4) and are dependent on how manures are collected and stored and returned to the land. These emissions account for 20–30 % of all GHG emissions.

Emissions associated with imported feedstuffs on to farms are around 10% and can be higher depending on the providence of the raw materials – the farther away they have come from the higher the emissions.

GHG emissions from power and fuel use, mainly as carbon dioxide (CO2) are generally around 10% of a dairy farm’s total, see the Energy sections of the Toolkit for more.

Approximately 75% of all the energy contained in feedstuffs that the cow eats is converted into CH4 emissions. Methanogenic micro-flora in the rumen use carbon dioxide to soak up the excess hydrogen produced from the breakdown of the forage to produce CH4 in the rumen and hindgut. Research is being carried out on this at present in the UK and overseas to try and get more accurate data and a better understanding of possible mitigation strategies.

It is important to be clear about reduced emissions per animal versus reduction per unit of productivity (milk/live weight gain) as some strategies may increase the total amount of methane produced per animal but reduce the amount produced per litre.

The current advice from organisations such as DairyCo is to concentrate in the first instance on improving the efficiency of milk production through improved feed efficiency which will benefit the bottom line and also effectively reduce GHG emissions per unit of production. The higher the feed intake the more methane is produced but a diet that is optimised to production will mean that relatively less methane is emitted just for internal body maintenance.

DairyCo also recommends paying increased attention to improving overall herd health so as to reduce calf mortality and increase early year growth rates, and improving fertility with a consequent reduction in culling, and clearly all improvements in the herd health status will result in increased levels of milk production.

The other possible opportunity for reducing methane production per animal and per unit of production is through diet alteration either by adding supplements or changing the forage mix.

There are a range of studies that have shown positive results from increasing the legume content of the forage (the tannins and saponins in certain legumes (and other plants such as garlic) appear to have an anti-methanogenic effect), replacing maize with grass forage and increasing the oil content of the feed.

Because methane production is linked to saturated fatty acid synthesis, feed compounds which affect these pathways also influence levels of methane production as fats can also combine with the excess hydrogen in the guts. This area is currently being further researched by both academic institutes and commercial feed manufactures.

Individual cows within the herd will produce significant differences in volume of methane produced for each cow; at lower feed intake levels there can be a difference between animals of 3 times, though this tends to flatten out at higher feed levels. This may present an opportunity to selectively breed for lower emission cows in the future as it is possible to estimate the individual output per cow from a milk analysis.

Growing and feeding high sugar content grasses can also help to both reduce CH4 emissions and reduce N2O losses as the higher sugar content of the diet results in reduced methanogenic activity and allows for better uptake of nitrogen (N) – with less N therefore excreted by the cow and available for N2O emissions.

There is on-going work on breeding clovers with lower protein contents, this is potentially useful for some reduction in N2O emissions as between 50-75% of all N ingested by a cow is excreted in the urine and liable to subsequent conversion through NH3 to N2O and emitted into the atmosphere.

Emissions occur as CH4 and N2O – the most significant being as N2O because of its much higher effect on climate change (‘Global Warming Potential’).

There is limited research to demonstrate the levels of mitigation that can be achieved by different manure management systems and some actions may have opposite effects on the different GHGs.

Storing wastes in a solid form rather than slurry will result in less CH4 but possibly greater N₂O losses and covering any store reduces the amount of CH4 released and possibly N2O as well (by reducing ammonia losses). Therefore from an emissions standpoint it is better to store wastes as solids.

The application of manures to fields can make significant differences to N2O losses. Slurry applied in the spring can result in up to 50% less N2O being emitted. By using a trailing shoe or injecting, further reductions will be obtained as the slurry is placed directly onto the soil, unlike traditional spreading. As with all fertiliser applications, matching the amount of nitrogen required by the crop in the next couple of weeks, to the amount applied, will reduce nutrient losses and improve margins as well as emissions.

As with all fertilizer applications, matching the amount of nitrogen required by the crop in the next couple of weeks, to the amount applied, will reduce nutrient losses and improve margins as well as emissions.

Anaerobic digestion is a triple win for dairy farmers as normal manure storage and application losses are reduced by a third and all the methane is turned into a renewable energy source – see Energy Generation section of the Toolkit.

Reductions through Fertiliser Application / Use of Legumes 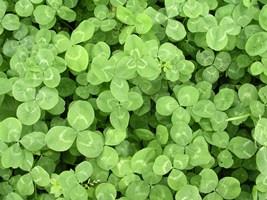 The use of nitrogen based fertilizers can be the second or even the largest source of GHG emissions on dairy farms. This is due to the emissions of N2O which, depending on the temperature, moisture content of the soil, rainfall, soil organic matter and grass/crop growth rates can be very high and are very variable. As described in the Fertility section of the Toolkit these losses can be reduced by good management which will also improve the efficient use of the fertilizers and therefore gross margins.

Grassland farmers have a great advantage over arable farmers for making very significant savings on fertilizers by using legumes, primarily clovers, to replace much or all fertilizer use, as demonstrated by organic dairy farmers who are regularly achieving high levels of production of forage without any fertilizers. As fertilizer use accounts for around 20% (and could be much higher or lower) of all GHG emissions from conventional farms, incorporating legumes into grazing swards and using red clover, lucerne or sainfoin for cutting will make a very significant difference to a farms GHG emissions and with careful management will also improve margins as less or no nitrogen based fertilizers are required.

Reductions through imports of feedstuffs

Emissions from imported feeds are generally the fourth greatest cause of emissions on dairy farms at around 10%. These are ‘indirect emissions’ to your farm as they have been generated in the growing of the crops on another farm and also include all emissions associated with the processing and transportation to your farm.

This will be greater on farms that have a lower home grown component to the diet and will be significantly greater if the feedstuffs are grown overseas on land that has been recently converted from pasture or semi natural vegetation to cultivated land, such as some soya. Looking for alternatives to these feedstuffs should be a priority for all farmers concerned about GHGs.

CO2 emissions directly from diesel and electricity use are the easiest to quantify accurately and are usually the smallest of all the dairy emissions at around 10%.  Any savings and efficiencies that can be made here will automatically benefit the bottom line and if cost effective should be implemented as a priority.

Machinery operation is covered in the Buildings and Operations section of the Toolkit.

On dairy farms the use of electricity for tank cooling can be greatly reduced with a plate cooler and the heat released from bulk tank cooling of the milk can be reused to heat the hot water for washing round via a heat exchange unit. Both items are easily retrofitted to a parlour and most dairy farmers now have one or the other or even both. Using solar thermal panels to heat the water for the wash round can also now be cost efficient, and more so with either a grant or through the Renewable Heat Incentive scheme. Find out more in the Energy Generation section of the Toolkit.

All livestock farms have a significant opportunity to sequester carbon in the soil – see the Soil and Sequestration sections of the toolkit.

There are numerous opportunities for saving emissions and money. There is lots of overlap with operations and energy generation and efficiency, so don’t forget to read those sections too, and of course the opportunities from sequestration.

We use cookies to ensure that we give you the best experience on our website. You may accept or refuse our use of cookies, or learn more at the link provided.AcceptRefusePrivacy policy
You can revoke your consent any time using the Revoke consent button.Revoke consent