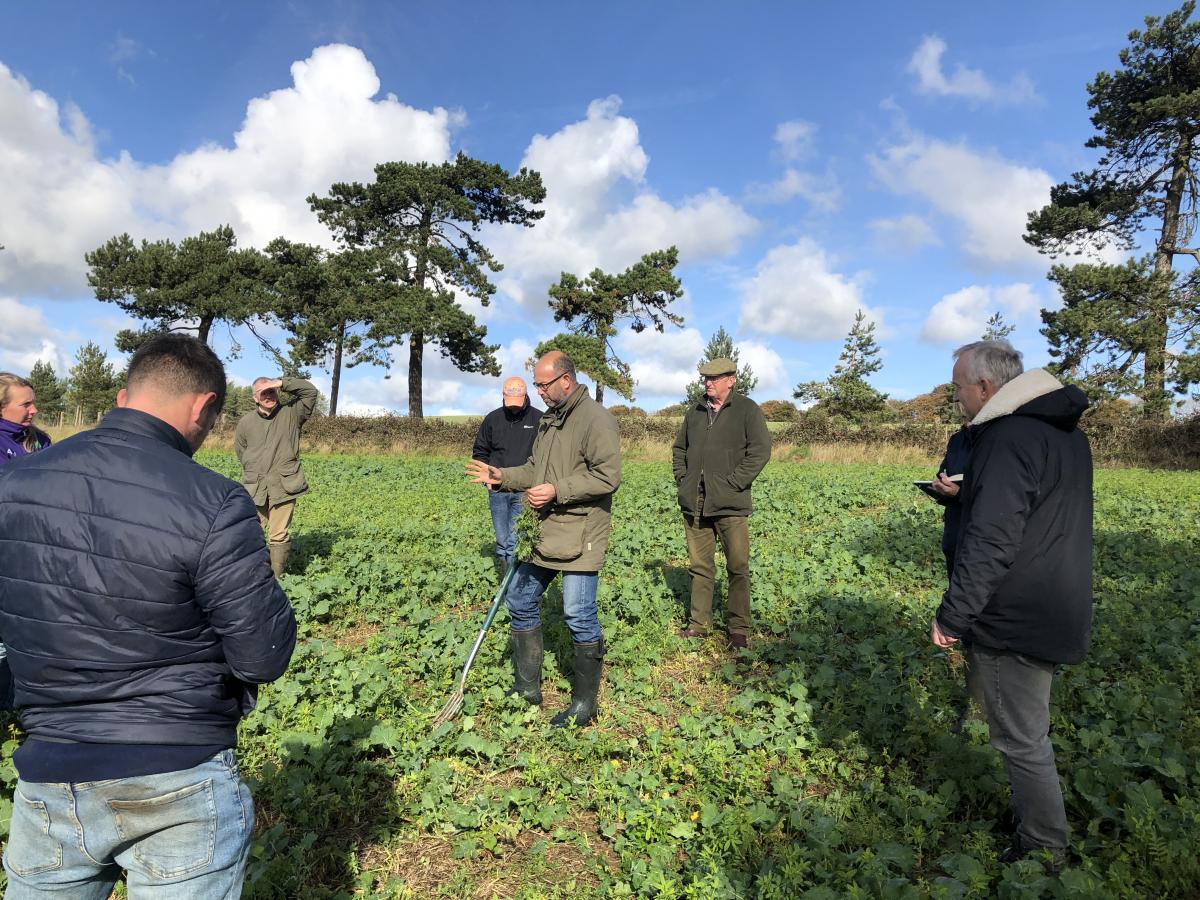 On a cold but bright day after months of lockdown, a few intrepid farmers gathered to attend the first of 2020’s Soil Farmer of the Year Farm walks with Arable winner Jake Freestone.

Jake has been managing Overbury Farms since 2003. The farm sits within the wider business of Overbury Enterprises on the Gloucestershire / Worcestershire border and is a mixed farm with 1600 ha of farmland, both permanent pasture and arable cropping, some land let out for vegetable production and a flock of 1000 ewes. The soils are incredibly varied on the farm from Cotswold Brash to an Evesham Clay series, and the farm has a diverse and wide rotation to help deal with the variety. The rotation includes wheat, spring barley, oilseed rape, peas, beans, linseed and quinoa. Jake started focussing on soil health and looking at adapting management following his Nuffield scholarship, working on a reduction in cultivation, improving organic matter and diversifying the rotation.

The first step on the tour was to see a new experiment of Jake’s which he has developed recently with the aim of growing a fungally dominated inoculum to treat the seed with. He has three IBC’s currently in use, for the three different soil types that are found on the farm. Within each one there is a mix of woodchip, FYM, poultry manure, hay, straw and grass clippings, which should create a fungally rich seed dressing. Each IBC can do 250ha worth of seed dressing, which should be a fine crumbly dark structure which is applied at 1kg/ha. It is mixed with molasses (for an energy source) and milk (a food source) and put into a specially adapted front mounted tank and sprayed in the furrow.  The IBCs need a watering system set up to keep it moist and the temperature is monitored with a probe. Jake reckons that it will take about a year to make, which will then be trialled on next years crops.  He is planning to make another two over the winter for application in spring 2022.

“Its so important to ensure that we are putting enough back,” explained Jake, “being able to identify what are producing would be very exciting, however the worth of it is to improve the fungal levels within the soil. It should last a long time depending on how good what we make is. If it’s good enough quality then we can keep some back and add some more base material. What’s great is that we are using the biology that is born and bred on our farm so is hopefully adapted to our conditions.”

After looking at the bioreactors, the group moved to the drill and the brewing shed. Jake is brewing mixed which are applied from a tank and pump that he has fixed to the drill. The preparations are brewed for 24hours before they are used. Jake explains that timing is everything – “It can be hard work with the logistics! It needs to be used on the day of manufacture and temperature is critical, as ideally the water should be 22 – 24 degrees C. The mix includes molasses, amino N which is a bacterial feed, and Nitrogen fixing and phosphate releasing bacteria which are introduced to aerobic water which is bubbling constantly. The IVCs are on a trailer and taken out to the field and pumped into the tractor.”

Although it can be tricky logistically, Jake is seeing financial benefits from this system. “Its costing about £15 per hectare, which when compared to DAP at £40/ha is better. From an economic point, its halving the seed cost per ha.” The improved soil health is also providing biodiversity benefits, Jake has a local bird ringing group which has found huge numbers of skylarks on the farm.  He credits the increase to not disturbing the soil and not using insecticides, as well as the increased amount of food present for wildlife due to keeping the fields covered.

After looking at machinery, the group got on trailers and went to look at some of the crops on the farm. The first stop was a cover crop full of sunflowers. This mix was a 16 species mix, including clovers, sunflowers, linseed, millet, buckwheat, phacelia and stubble turnips. The mix has been selected as it provides multiple functions for soil health and biodiversity but also has great nutritional qualities for the sheep enterprise.

“Its important to allow our permanent pastures time to rest,” Jake explains. “This field had 450 ewes on it and they need to come out in good condition. The sheep did brilliantly on it, and we had the benefit of the manure on the field.”

The importance of living cover video

Jake is also using a range of other organic materials on the farm to help feed the soil and build organic matter which includes chicken litter and biosolids.

Jake always ensures that there is a good level of diversity within the cover crops chosen, which allows for resilience if the weather conditions are less than ideal. He selects his mixes based on %ge of different species rather than number of seeds / ha and admits that these covers aren’t the cheapest. The mix that was in the field being discussed has cost £70/ha which Jake admitted was a big cost, however he explained that there were multiple benefits that come from this expenditure. “We need to look at what we now don’t have to put into the following wheat crop since we have had the cover crop in. We can cut Nitrogen and not apply any phosphates. Its important to ensure that we have some C4 species within the mix to really supercharge the carbon.”

Jake was so impressed with the way that the sheep performed on the cover crops this year that he is considering finishing the lambs on them next year.  He is currently using 40 ha of herbal leys which are being rotationally grazed again providing that rest period for the permanent pasture which is predominantly parkland.

There are big strides being made on the elusive goal of reducing Nitrogen applications at Overbury. Historically more Nitrogen was applied on this farm, however rates are reducing and the overall goal is to use it as efficiently as possible.

Following the cover crop the group moved up the hill to look at a trial that Jake has been running on some of his rape. The soil was alive, full of worms and in great structure. Jake is starting to see the difference in how the soil functions – the soil is sticking to the crop roots.

The group then moved to look at a field of wheat which was drilled on the 28th September. The field had an application of biosolids and was drilled into a crop of peas which weren’t harvested.

“This soil has responded so well to the change in system,” Jake commented, “the heavy land has responded but in a slower manner, whereas this lighter land is doing brilliantly.”

Questions were asked around the yield implications of the change in management to a direct drill system, and whether Jake had experienced the infamous dip in yield in years 3 and 4.

“This year wasn’t anything to shout about, but for winter cropping I haven’t seen that dip in yields. The last 3 years have been very difficult dry springs and yields have suffered as a result, but with lower growing costs and reduced blackgrass pressure, due to direct drilling, the margins have remained the same..”

The final stop was a field of barley where a soil pit revealed a good number of worms despite the cold temperatures.

“Ultimately we are trying to use all the tools that we have to improve soil organic matter, water infiltration and wider water management, soil structure and soil biology to achieve the long term goal of improving our resilience both for our crops, our business and our soil.”

Thank you to Jake and his team for an absolutely brilliant socially distanced walk. 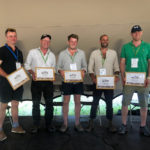 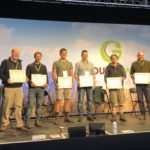 The 2022 Soil Farmer of the Year competition has selected 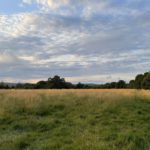 Now in it’s seventh year, the Soil Farmer of The