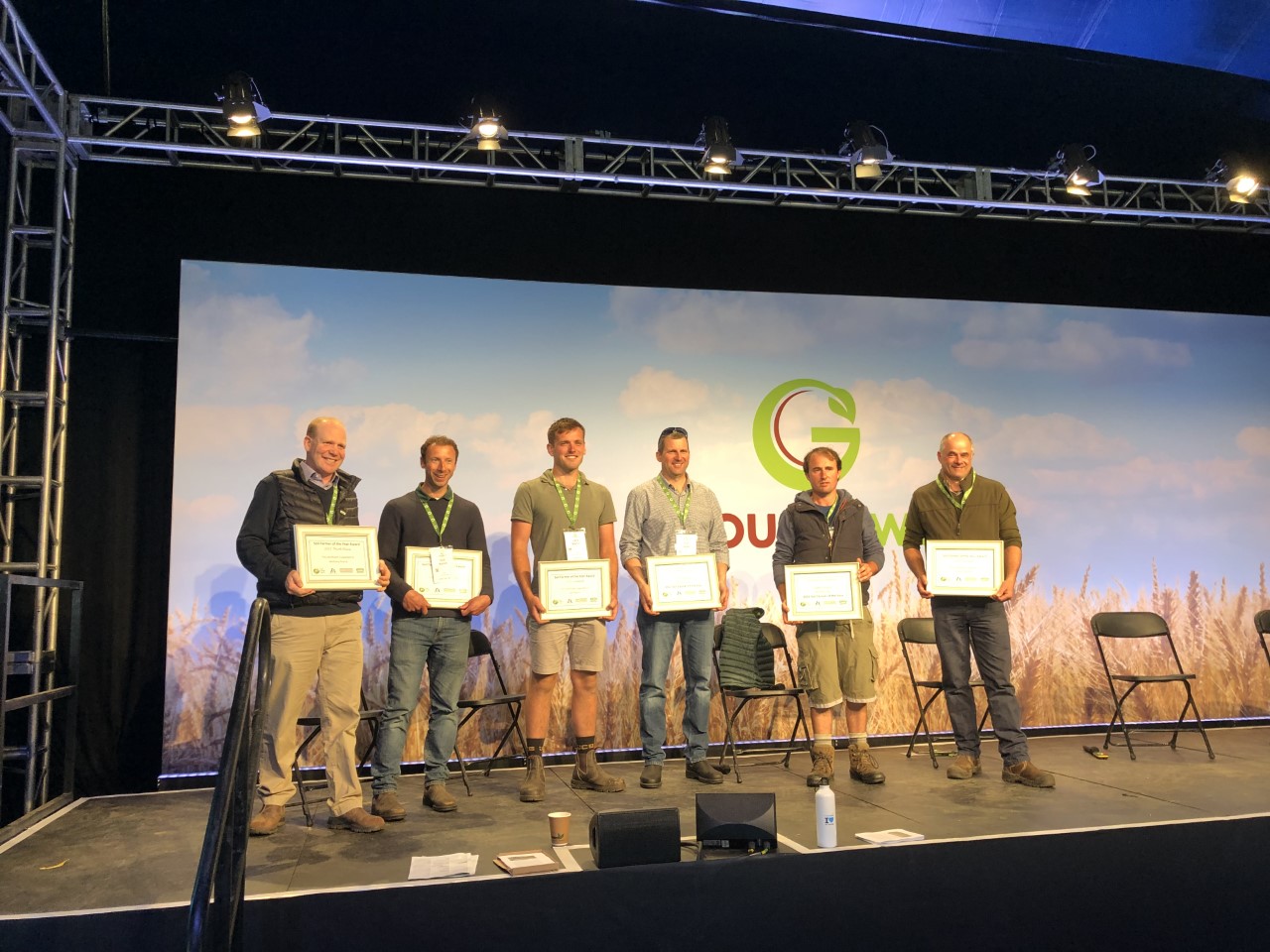 Tom Sewell, an arable farmer from Kent and Sam Vincent, a dairy farmer from Dorset have been awarded the 2021 Soil Farmer of the Year as joint winners.

The competition, now in its sixth year is organised by the Farm Carbon Toolkit (FCT) and Innovation for Agriculture (IfA) and is generously sponsored by Hutchinsons and Cotswold Seeds.

The competition aims to find famers and growers who are engaged with, and passionate about managing their soils in a way which supports productive agriculture, reduces greenhouse gas emissions, and builds soil health, organic matter and carbon.

Tom farms around 500ha across Kent running a simple low cost arable system focussing on building soil health, maintaining production and regenerating the landscape. An early pioneer of reduced cultivation, Tom’s Nuffield scholarship in 2013 ignited his enthusiasm in soil health and the system has grown from strength to strength.

Tom has been chosen as the winner for this year due to his enthusiasm, attention to detail and fantastic soil and crop health. He is constantly questioning his system and looking to innovate and focus on improving soil health and building resilience.

Sam Vincent farms 130ha in Dorset, running a dairy herd of 100 cows and followers. He transitioned to organic in May 2018, and all of his land is down to permanent pasture. Sam impressed the judges with his ability to make a regenerative system work on a dairy farm with permanent pasture. Using the cattle as a tool, he has improved the diversity in his pastures by adapting his grazing management from a traditional New Zealand paddock grazing system to a mob grazing approach which he follows now. This has improved his soil health, the resilience of his fields and the ability to provide grazing for extended periods.

Sam impressed the judges with his determination to make a system that worked for his soil type, system and livestock. The soils on the farm were well structured and pasture quality and species diversity was abundant.

The accolade of third prize was taken by Anthony Pearce from Buckinghamshire.  Anthony is transitioning the whole farm to regenerative and is trialling a range of different techniques including no till, cover crops, integration of livestock and the use of compost.  Anthony has spent the last 3 years learning about soil health, travelling to the states to take part in the Soil Health Academy and learning under Elaine Ingham.  He also records his transition on the farm through his YouTube channel where mistakes are viewed as learning opportunities and a chance for sharing of ideas with other farmers.

The competition is kindly sponsored by Hutchinsons and Cotswold Seeds, with the top three farmers being awarded prizes from Cotswold Seeds in the form of fertility building, cover crop or green manure seeds.

Becky Willson, FCCT Technical Manager said “Yet again we have been totally blown away by the quality and calibre of the applicants for this year’s competition. The finalists were all achieving amazing results and showing a diversity of approaches to building soil health and so the decision was incredibly hard. However our winners this year stood out in their ability to challenge themselves, continue to innovate and to achieve high quality production from fantastic soil management. Congratulations to all of the finalists.”

Ed Brown, Head of Agroecology for Hutchinsons says “It’s great to be involved with some of the best soil managers in the country. The entrants show how a profitable and sustainable business can put soil health and improvement at the very heart of the enterprise, showcasing industry-leading practices and techniques.”

Seven farmers were shortlisted as finalists as part of this year’s competition. These included, Casha Bowles-Jones who runs an organic farm with a pasture fed dairy in Shropshire; Jack Martin an arable and sheep farmer from Stafforshire; Mark Oldroyd, who manages a mixed farm estate in Oxfordshire; and Rob Raven who runs an arable farm in Suffolk.

The top three farmers will also all be hosting farm walks who are open to anyone who is interested, where there will be a chance to see, understand and dig a bit deeper into what they are doing. Further details on these walks are available on the FCT website. 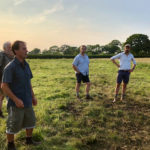 The final walk for this year’s series with Sam Vincent 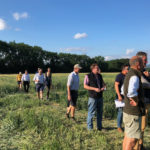 Soil Farmer of the Year 2021 with Arable Winner Tom Sewell

On a sunny evening, a group of farmers met in 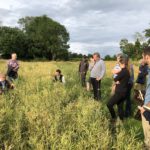 Soil Farmer of the Year Farm Walk with Antony Pearce

On a muggy evening, and in a COVID compliant way,

read more
We use cookies to ensure that we give you the best experience on our website. You may accept or refuse our use of cookies, or learn more at the link provided.AcceptRefusePrivacy policy
You can revoke your consent any time using the Revoke consent button.Revoke consent